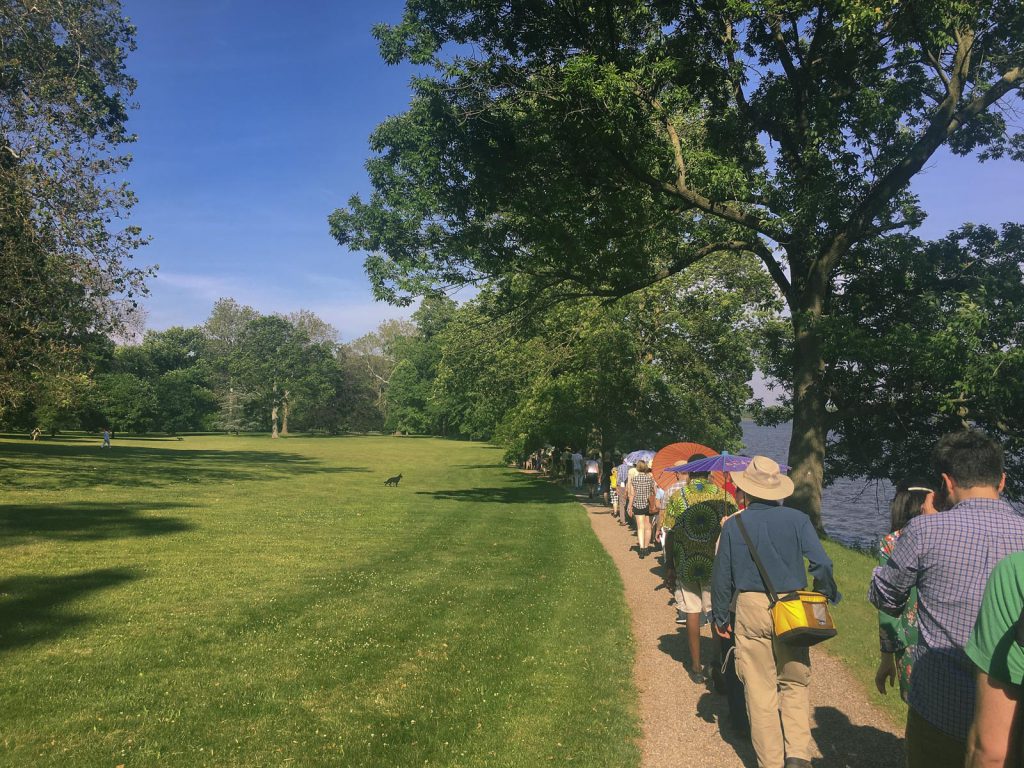 The Quiet Circus River Charrette #3 took place at the Andalusia estate along the Delaware River— a strikingly bucolic contrast to the previous River Charrette, which took place a short distance downstream at an industrial recycling operation. Andalusia was built in response to the 1793 Yellow Fever epidemic in Philadelphia, in which 10% of the city’s 50,000 inhabitants died and another 20,000 fled within a two-month period.

Instead of taking turns arranging scraps pulled from the waste stream as we did in the recycling yard, the audience at Andalusia became performers as we witnessed each other snaking through the heatwave blanched gardens and grounds. Some audience members were invited to break from the line and form a clump of bodies turning slowly together in gentle lament until, parting from one another, they spread out and lay down along the water’s edge, as if waiting for the Ferryman to carry them to the other side. Afterwards we had a conversation with extraordinary dancer-writer-curator and Director of the Philly Shambhala Meditation Center Lisa Kraus, and wise meditation teacher Jude Robison. Someone asked about the relationship between audience and performer and I can’t remember what I or anyone else said at the time, but the question has stayed with me since it gets at a central proposal of this project. 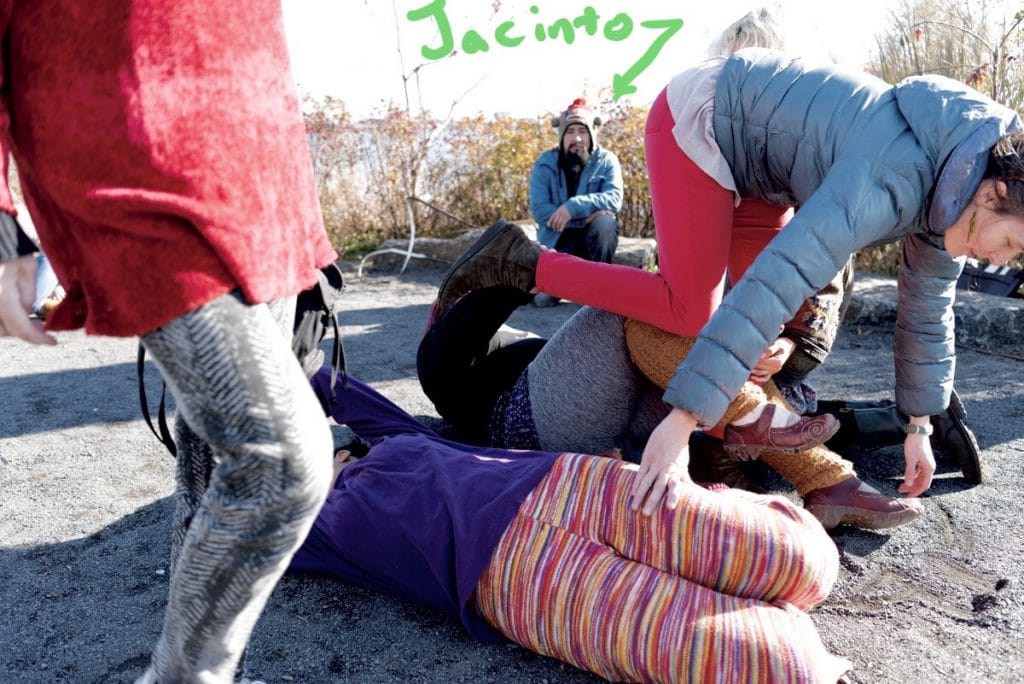 Jacinto, an audience member who came to watch…

Two primary organizing principles are at the heart of The Quiet Circus in its attempt to move away from the binary of audience vs. performer:

1. the accumulating nature of the weekly events within each phase;

2. the alternation of activity and reflection periods which allow a recurring set of activities to manifest and change across the three phases;

3. the periodic return to a central set of questions and concerns with newcomers and outsiders through the Reflection Events and River Charrettes. (Outsiders and newcomers include members of the public who have not yet come to the weekly events at The Washington Avenue Pier, and importantly, the interlocutors of the Reflection events and River Charrettes: Hellen Ascoli, Ernesto Pujol, Kay Larson, Eiko Otake, Alan Greenberger, Billy Dufala, Martha MacDonald, Lisa Kraus, Deenah Loeb and David Barnes).

Rather than removing the line between audience and performer I think about fluidity between them. A fluid relationship creates a culture where the transformative, constitutive power of artistic practices are available as tools to any citizen for engaging the many different aspects of a lived life. We also empower our ability to be affected and changed by each others differences. This is because we can lighten up on the urge to either make or receive a broadcast. Instead of hardening the narratives of who we are, we can open up our narratives with a sense that there is more to come— that what we have yet to see might be illuminated in us from light refracted through others. 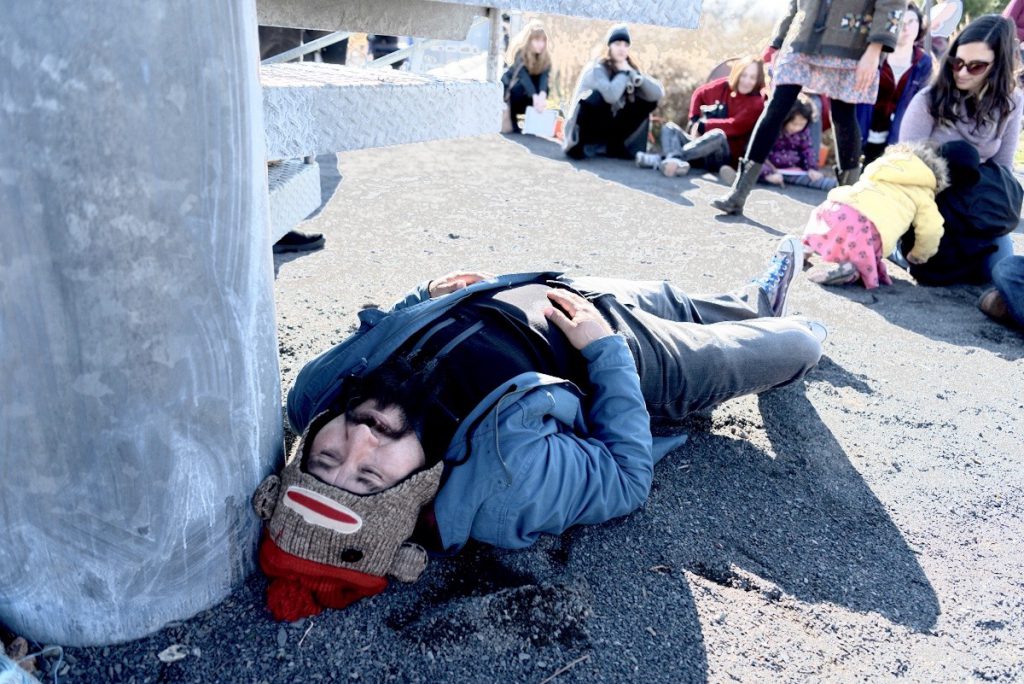 …and deciding to perform

If a fluidity is achieved then the aesthetic experience intended by this work is happening. The circular, reciprocal energies of doing and observing, knowing and not knowing, self and other, self and place– have been consciously engaged within some delineated duration of art and life, which is not one and is not two.