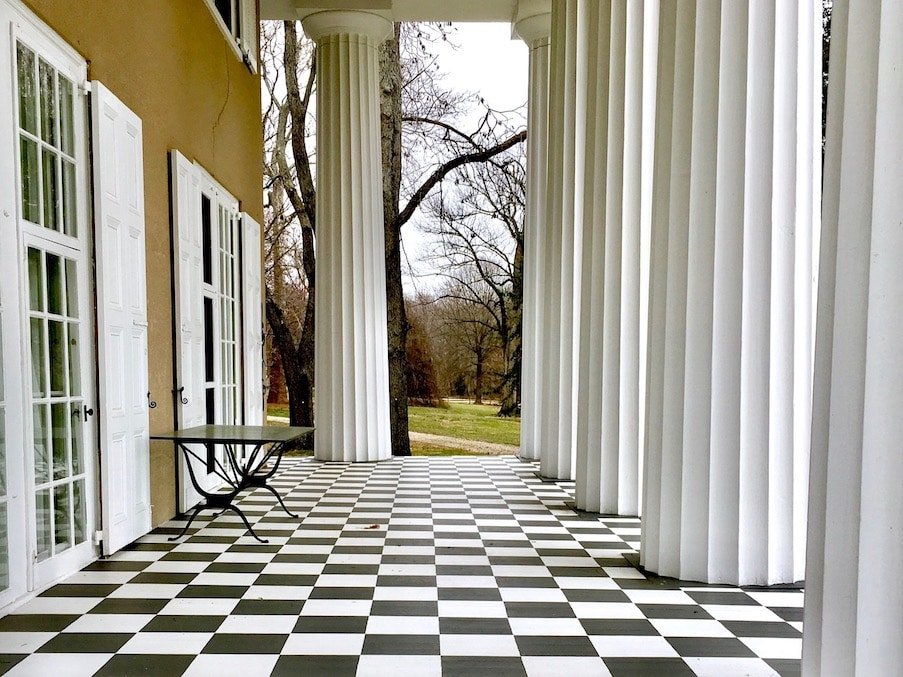 River Charrette #3 takes place in the pastoral setting of Andalusia along the Delaware River. It is just a short distance upstream from the commercial recycling operation that was the site of the previous River Charrette at RAIR. Andalusia, by contrast, is the bucolic, ancestral mansion and estate of Nicholas Biddle, one of the most significant figures to shape US economic strategies in the early 19th century. President of the Second Bank of the United States, Biddle was a one-man Federal Reserve Bank before the institution existed.

Andalusia was built in response to the 1793 Yellow Fever epidemic in Philadelphia, in which 10% of the city’s 50,000 inhabitants died and another 20,000 fled within a two-month period. Yellow Fever refugees were denied entry to neighboring towns as well as the major port cities of New York and Baltimore. When the epidemic passed, people with means built homes away from the center of the city. Nicholas Biddle was wealthy enough to make his new home upstream on beautiful grounds along the Delaware River.

As a refuge from future plagues, Andalusia’s peaceful gardens and graceful architecture embody the paradox of leaders and elites in our liberal democracy: a simultaneous devotion and unease, even fear, toward the masses that are the lifeblood of the country’s wealth. As a place of manicured beauty, inviting contemplation, Andalusia makes us consider to what degree refuge is related to internal and external geographies.

On June 11th at 4:00 PM interdisciplinary artist Martha McDonald, collaborates with David Brick to take audiences on a journey through the grounds of the historic Biddle estate – conjuring the memory of those who sought refuge there and marking the loss of those who could not.

Known for her mournful work that summons history to reflect on the present moment, McDonald will join her practice of activating sites through song with Brick’s participatory, contemplative approach to performance. Together, they will invite the audience to attune their senses to the site and to themselves in it. A post performance conversation with Lisa Kraus and Jude Robison will address relationships between artistic and contemplative practices.

This collaboration further explores the themes of  The Quiet Circus, an ongoing public art project taking place at the Washington Avenue Pier in South Philadelphia. All River Charrettes are free and open to the public. No RSVP is necessary. For more information about the event, click here!