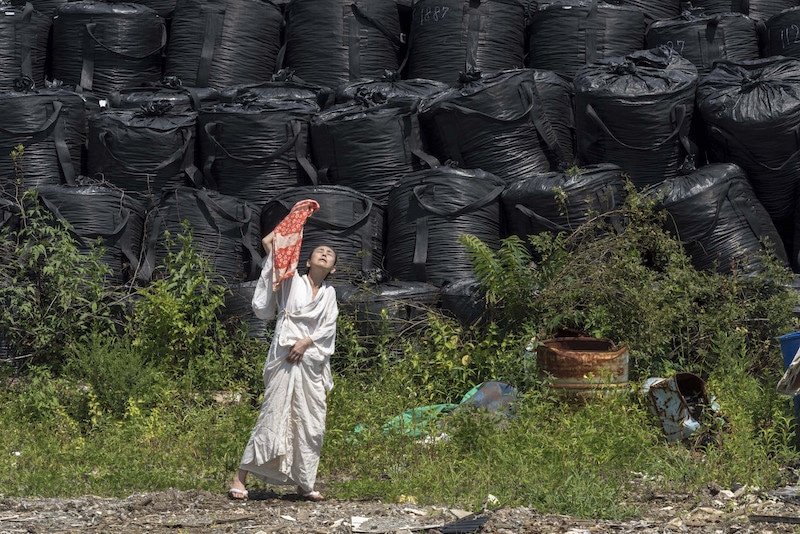 Eiko Otake and Ishmael Houston Jones are dance artists whose dancing, choreography, writing and teaching are perhaps more relevant now than at any time in their 40 years of making performance.

I am fortunate to spend time with them as they agitate and advise The Quiet Circus a weekly public performance that takes place at Pier 53 along the Delaware River in South Philly over the course of a year and a half. Here I am writing to urge you to see important works by Eiko and Ishmael over the next week that have nothing to do with me or Headlong, but in seeing this work you may understand why these two luminous artists are such important touchstones for me.

I imagine that Eiko would say that all times are teetering on the edge of human made disaster. “Time is not even” she likes to say. I take it to mean that progress can be a dangerous illusion that allows us to sleepwalk through our lives as complacent citizens. I have also heard Eiko say that she blames herself and her generation for allowing the Fukushima nuclear power plant to be built. She is keen on the expression of remorse. Remorse reminds us that our actions are the only thing that can prevent the next Fukushima, the otherwise inevitable human-made disasters born of hubris, greed and unjust political movements. Her performances urge us to be awake and aware as she places her impossibly vulnerable body in the context of disaster.

If you can be in New York City tomorrow you will want to attend the culminating work of Eiko Otake’s A Body in Places that began with her visit to Fukushima in 2014 where she placed her body in the evacuated and radiation-ruined landscapes in the aftermath of the earthquake and tsunami that lead to the meltdown of the Fukushima nuclear reactors.

Remembering Fukushima: Art and Conversations is a day of performances, conversations and immersive events taking place at St. John the Divine Cathedral from 1pm to 5pm tomorrow, Saturday March 10 in NYC (1047 Amsterdam Avenue, at 112th Street). 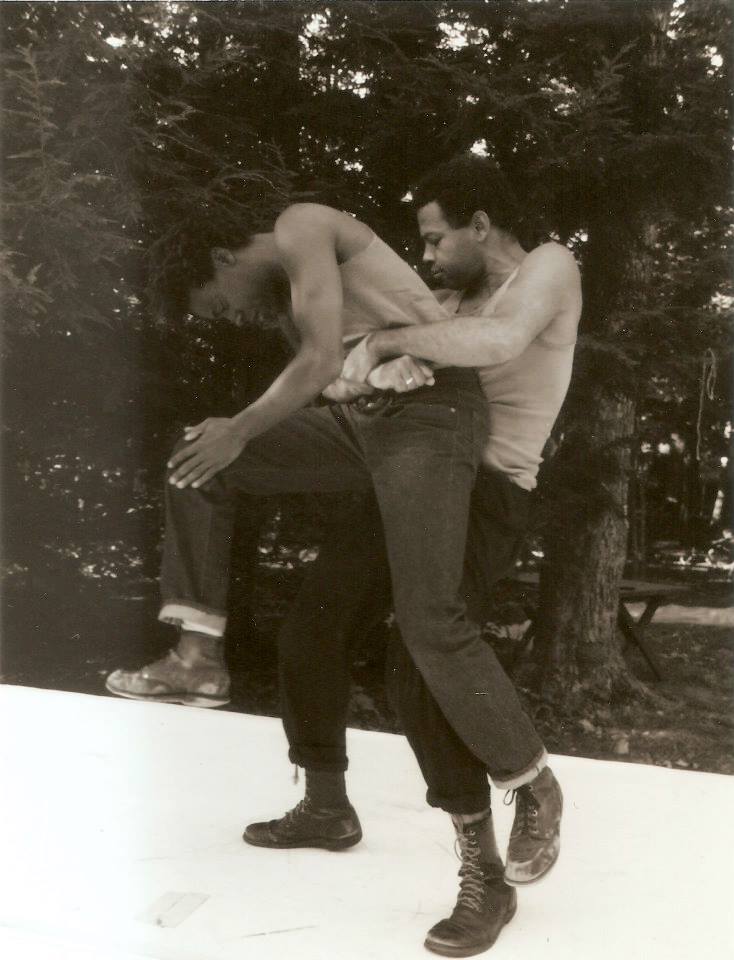 In 1982 Ishmael Houston Jones performed a dance with Fred Holland that though it took place over thirty years ago feels prescient of today. Last summer at The Yard, a dance retreat center in Martha’s Vineyard, Ishmael was working with me on Island and The Landscape Game, two of the scores that are part of structure of the weekly performances of The Quiet Circus at The Washington Avenue Pier. He showed me the video footage of the dance Untitled Duet or Oo-ga-la that he had made so long ago with some wonder, surprised at how radical the politics were that came through in the work. Though made 35 year ago, in Ishmael’s words the dancing “speaks to real 21st century perspectives of race, gender, homoeroticism, masculinity, power dynamics, narrative, aesthetics, composition, Dancing While Black and much more.”

And boy does it. Performed as part of an evening of Contact Improvisation at Danspace in NYC, Ishmael had jotted down a secret, subversive manifesto as rules for the improvisation danced by him and the artist Fred Holland.

Two performances of Untitled Duet or Oo-ga-la are on display as part of Philadelphia ICA’s Endless Shout exhibition through March 19. Don’t try to find it on the website though – trust me that you can watch any time the galleries are open. It’s in the first gallery from the main stairwell on the top floor.

If you believe that politics are written in our bodies, in how we touch and see as well as how we appear, then you want to see this dance.

I am including Ishmael and Fred’s manifesto (and a more recently annotated version) below. I recommend reading them when you watch the dance.

Manifesto from Untitled Duet or Oo-Ga-La

Manifesto from Untitled Duet or Oo-Ga-La (with annotation)

1 1983 Manifesto, never disclosed to the public but it was Fred Holland’s and my score for the dance

If you made it all the way down here I am happy to share these pictures with you! Ishmael and our beloved Terry Fox dancing in Independence Park in Philadelphia sometime in the mid-1970’s. 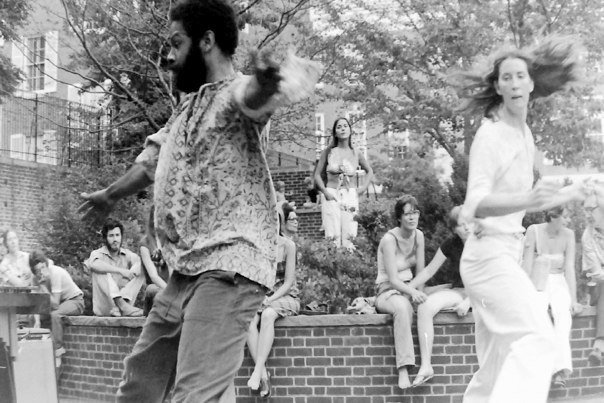 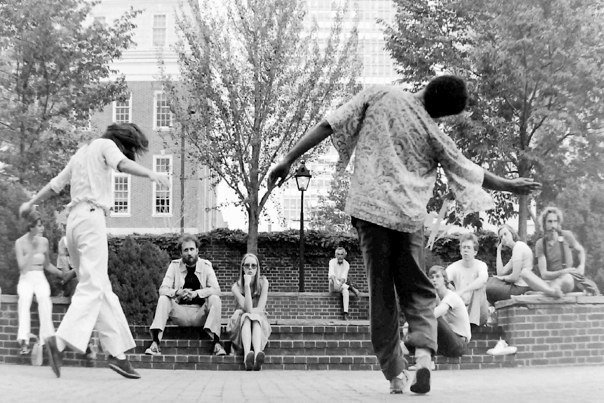