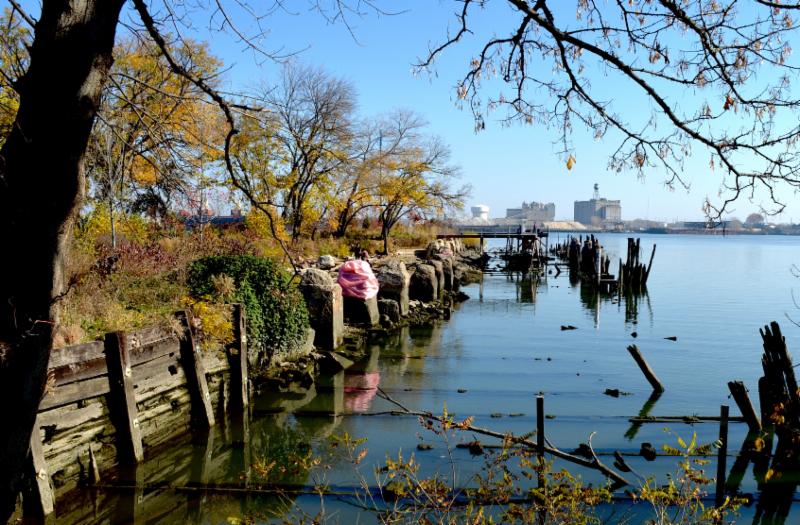 I’m a bit wistful as we head into the last week of performance, participatory installations and interactions of The Quiet Circus at the Washington Avenue Pier. We’ve been here every Saturday for the last three months and we’ll be taking a break for Winter before resuming in March.

Last Saturday the accumulating strands of weekly activities began to come together in a new way— vibrations and connections across the landscape and between bodies became subtly etched with a deeper it-ness of this endlessly meaningful place. 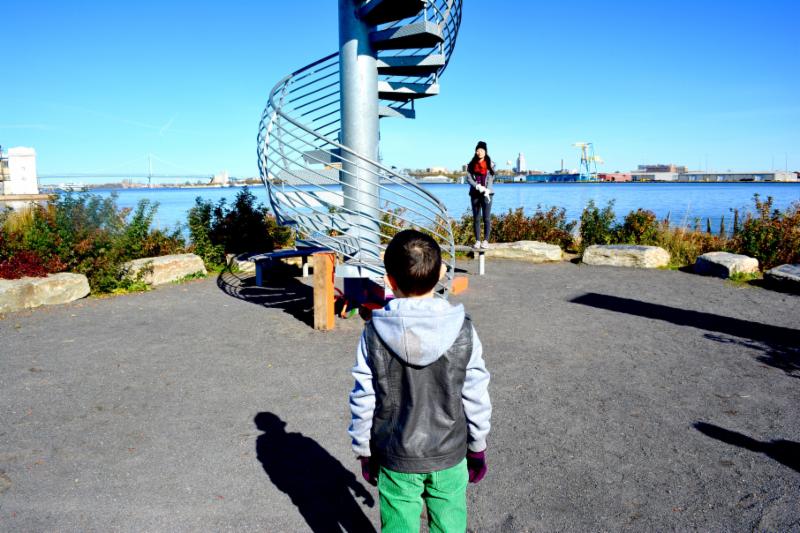 One of the things I treasure about our weekly sojourns along the Delaware is a special quality of space and air that allow me to hear whispers of worlds I normally cannot hear. Coming to this pier makes me more aware than most places do of the constancy of change— gentle as green leaves turning gradually to yellow, red and now brown as our tiny promontory gradually shrinks like a cat getting wet in the rain; the ebb and flow of the water line as it deposits new treasure and trash on the rock- and wood-strewn shores. Brutal change too, as evidenced by the destroyed pier whose scarred skeleton raises up and sinks away as it endures precariously against our gaze and the industrial tides slaked upon its naked timbers. More insistent brutality too, as heralded by the still barely visible swastika we found burned into the pier alongside a blanketing of hate graffiti a short time before the election. 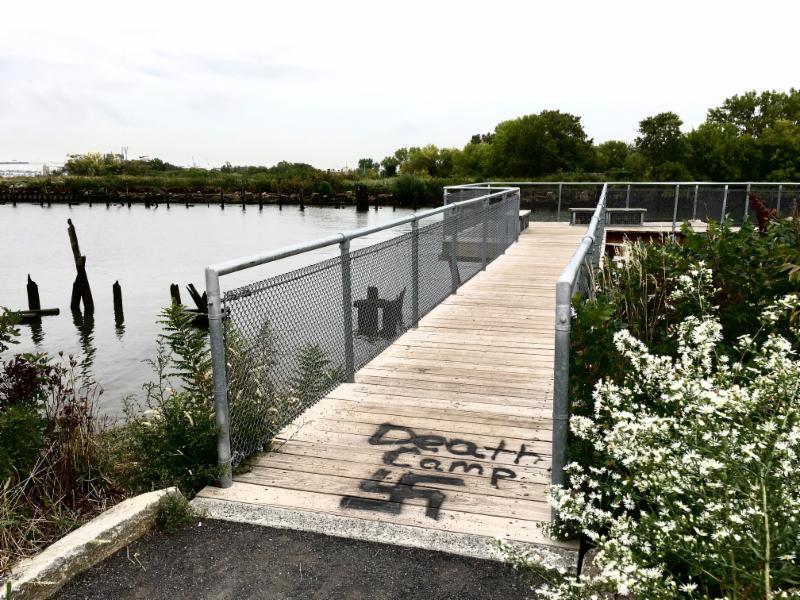 Graffiti at the Washington Ave Pier

These three months have created a new-found density in its weekly engagement with a complex diagram of forces—objects, bodies, place. We can’t help but notice what is changing in our march of uncertainty and for me many moments of pausing in the face of both beauty and brutality.

I cherish the stillness this ritual of engagement has given us, engagement with a land which not so long ago was home to the tribes of the Lenape. It feels particularly meaningful to note now that they were matrilineal when they lived along the Delaware watershed, this land that we now occupy.

From Wikipedia: Lenape kinship system has matrilineal clans, that is, children belong to their mother’s clan, from which they gain social status and identity. The mother’s eldest brother was more significant as a mentor to the male children than was their father, who was of another clan. Hereditary leadership passed through the maternal line, and women elders could remove leaders of whom they disapproved. Agricultural land was managed by women and allotted according to the subsistence needs of their extended families. Families were matrilocal; newlywed couples would live with the bride’s family, where her mother and sisters could also assist her with her growing family. 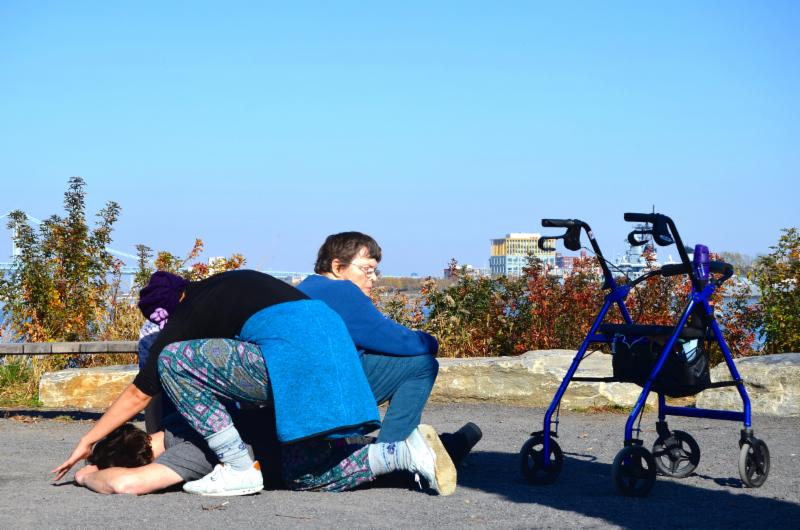 I think of the Lenape and I think of the waves of immigrants who came through this pier 100 years ago, as well as the fish, fowl and myriad creatures that have come and gone here, and I wonder who will occupy this land next and under what circumstances? These thoughts hover over me as I think about how in The Quiet Circus we are both witness and participants to change, right here, right now.

If you happen to be around tomorrow in Philadelphia, you can join us by taking a stroll through the Washington Avenue Pier and adjoining river trail anytime between 11am and 1pm. We’ll be back in March and you can expect to hear more about The Quiet Circus right here in these emails, as well as on our website. 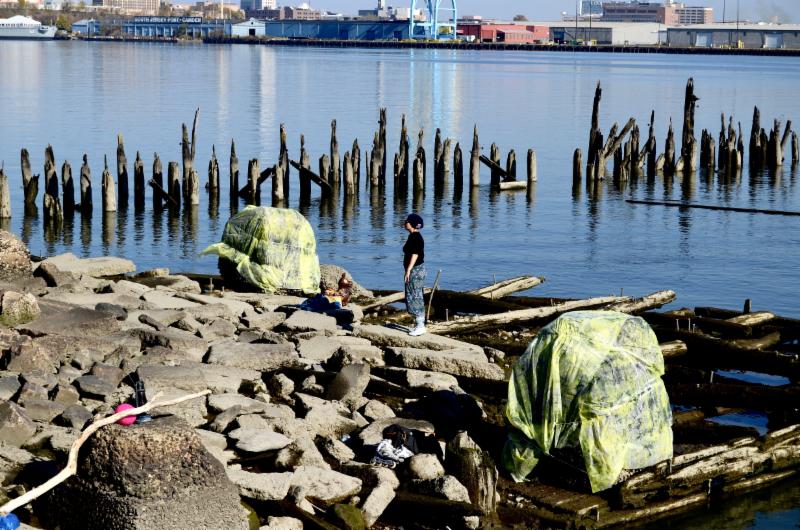 Anita Holland with wrapped rocks at the Washington Ave Pier