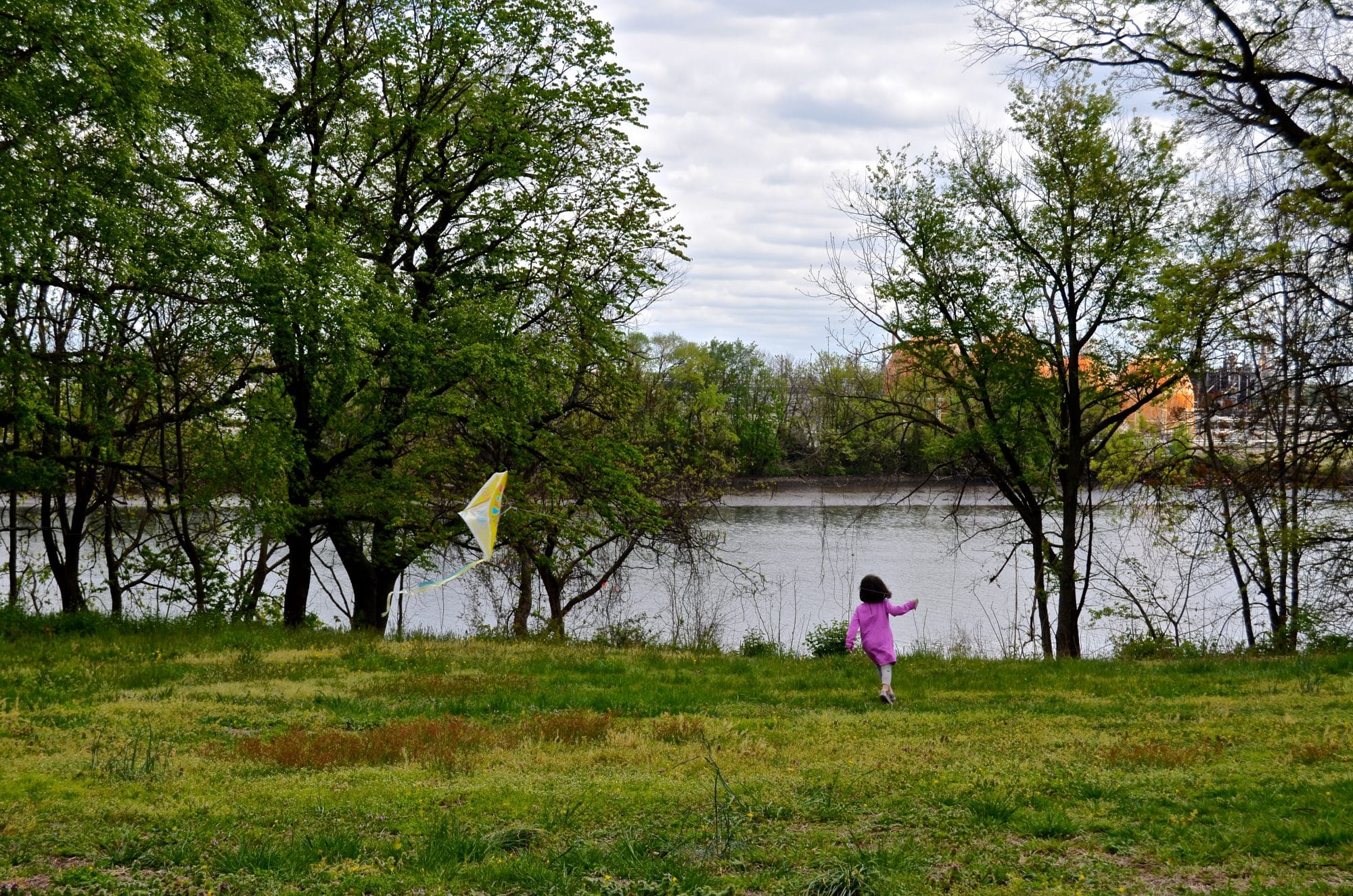 Please join us at Bartram’s Garden this Saturday, September 24th at 2:30 pm for The Quiet Circus: River Charrettes, a collaborative project by Headlong and Philadelphia Contemporary to engage and explore the city’s maritime, industrial, and creative heritage.

Eiko Otake, an artist whose work and ideas are a profound touchstone for me, will perform as part of her ongoing work, A Body in Places. Afterwards she will be joined by former Philadelphia Deputy Mayor Alan Greenberger, whose leadership was integral to the City’s current growth and who led the effort to significantly transform the Schuylkill River waterfront. A conversation will be moderated by Harry Philbrick of Philadelphia Contemporary who is co-producing this event with Headlong.

The River Charrettes accompany Headlong’s 15-month-long performance series The Quiet Circus, which invites audiences and participants alike to engage in a single, ongoing arc of public performance at the Washington Avenue Pier along the Delaware River. I am so excited about this work and you can keep your eyes peeled for much more about it as it develops! 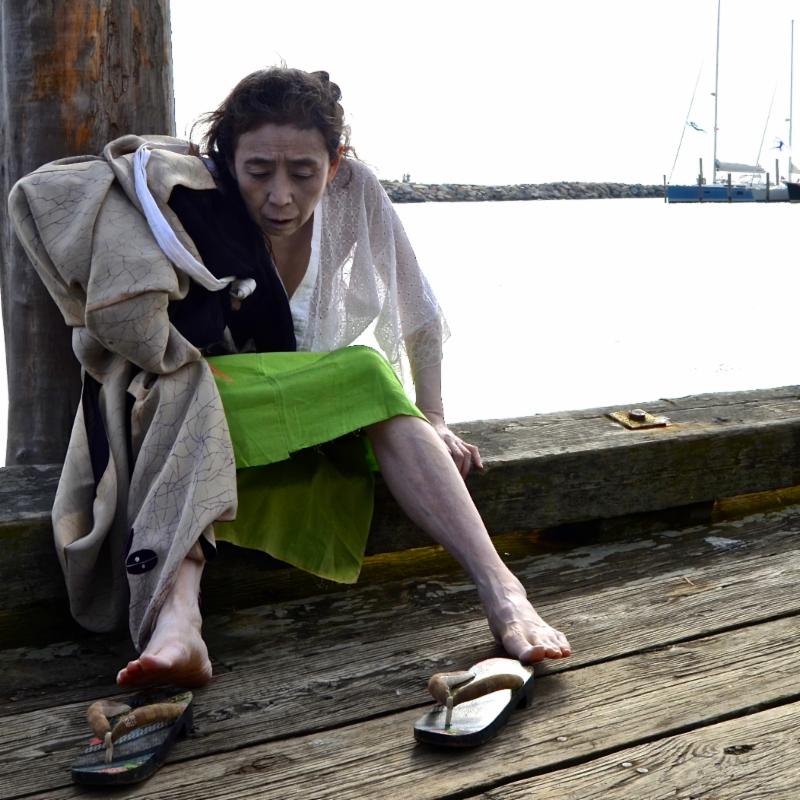 Eiko performing “A Body in Places” this summer at The Yard, where Headlong was also in residency.

Bartram’s Garden is a very special place. From there a kind of Philadelphia Redux is revealed– a landscape portrait of our city’s bucolic, utopian then industrialized, polluted, and decayed past. As the oldest surviving botanic garden in North America, its 46 acres are surprisingly intact from its Colonial era founding (circa 1728) even as it offers a portrait of the present and near future that illustrates how the nearly 300 year old history of Philadelphia is a story of bloom and decay that can be found in clashing, high stakes urban forces of the present.

Present day Philadelphia as witnessed from Bartram’s Garden suggests a renewed, greener dream of an interconnected city that radiates out from a building boom seen in the silhouettes of sky cranes in the city skyline, and criss-crossed by a massive ramp-up of oil refining infrastructure with a continuous snaking stream of oil tanker cars seen and heard rumbling by on rails that bring the unprocessed oil, mostly from North Dakota, to South Philadelphia refineries that were established in earlier waves of industrialization. In a testament to the illuminating, diagrammatic views of Philadelphia that Bartram’s Garden offers to the visitor, one sees poverty and prosperity sitting side by side as a single phenomenon. 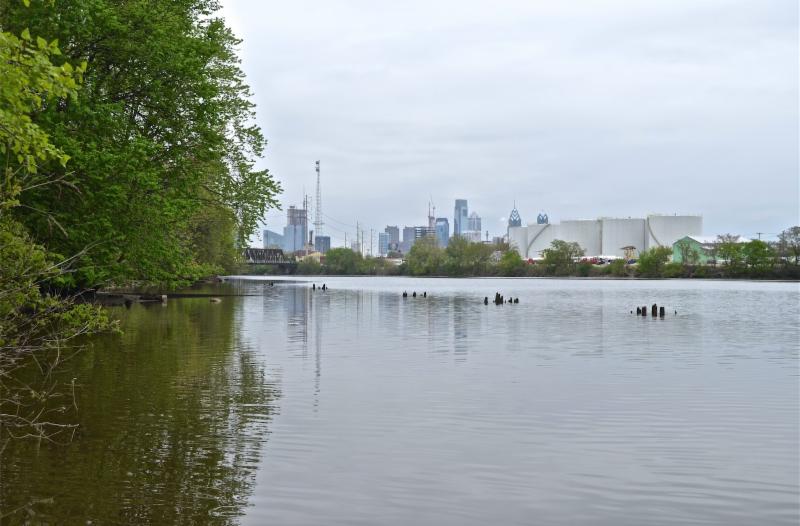 Looking North from the banks of Bartram’s Garden in West Philadelphia you see a river and rail bridge, old pier posts poking up like ghosts of otters from a river gone by, refineries, and the booming skyline of Center City and West Philly in the distance.

Looking South from Bartram’s one sees bridge and bulldozer, an organic urban farm, refinery tanks and smokestacks, placid water, reeds and fish jumping in the increasingly clean and clear water.

The paradoxes of development: future and past, disaster and progress are deep in the spirit of Eiko Otake’s work. You can read what I have written about her principle “time is not even.”  I believe her A Body in Places work is perfectly situated in the marvelous, complex place of Bartram’s Garden. The perfomance will be followed by a conversation with another thinker and doer whose work is of great significance to the shape of Philadelphia to come: Alan Greenberger, who was recently the Executive Director of the Philadelphia City Planning Commission, as well as Deputy Mayor for Planning and Economic Development and Director of Commerce for the City.