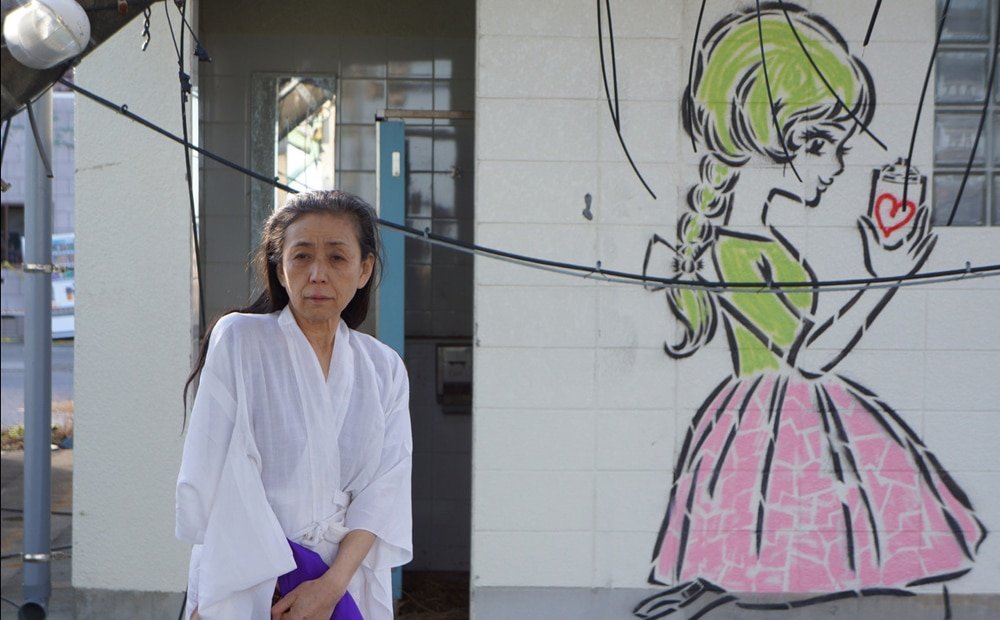 I want to share with you the work and ideas of performance artist Eiko Otake of Eiko and Koma.  For me, they have long been a beacon of alternative ideas about the body in dance. Their performances, which often take place in striking visual settings, both found and designed, rejoice in a choreography thick with blossoming constellations of meaning rather than reductive narratives of athletic virtuosity.  You can imagine how close to my heart I have held their example!  In the past few months I have had the profound pleasure of engaging with Eiko around her ideas and have sat in on her rehearsals as part of my ongoing research for Island, a long-term work in progress that I began working on in 2012 in preparation for my Japan-US Friendship Commission fellowship to Japan.

In May I had my first chance to sit down with Eiko for beers and a long conversation after attending one of her classes at the New School in New York, where I joined in with the undergraduates in moving slowly on the floor with raspberries delicately wedged into armpits and finger joints.  This work was sensual, gorgeously awkward and called forth rich material from our bodies in terms of actions, shapes and especially in terms of that complex quality in a performer I call presence. Afterwards we talked about politics and dance. Eiko told me that she had just been part of a sit-in in front of the Japanese Parliament to protest changes in the interpretation of the constitution.  And she told me about a translation she wrote of the book From Trinity to Trinity, an autobiographical account by Japanese author and atom bomb survivor Kyoko Hayashi.  The book describes Hayashi’s pilgrimage across the United States to the Trinity testing site in Northern New Mexico where the first atomic bomb was tested.

“In dance though, I don’t believe in the grand gesture” she told me as she slowly began to sweep her arm from in front of her to over her head.  Suddenly and softly her arm stopped half-way, “in every movement there must be hesitation.”  When she said that, something came into focus for me about why I have always admired her work, instinctively feeling that the work was subversive, resistant, difficult in the best possible way.  The Politics of Hesitation suggests to me a pause in time, consideration, self-questioning, opening wider to the moment at hand.  I love everything about it and now I see most performance that I love as sharing in the politics of hesitation.

For the next four Fridays Eiko will be performing A Body in a Station, a series of four three-hour durational performances created by Eiko to be performed alone in the waiting rooms of Amtrak 30th Street Station in Philadelphia.  At the same time a photographic exhibition of A Body in Fukushima will be showing at the Pennsylvania Academy of Fine Art.  These are photographs by William Johnston of Eiko alone in the evacuated railway stations of Fukushima after the tsunami, earthquake and nuclear disaster of 2011.

Please join me this Friday, October 3rd from noon to 3pm for the first of Eiko Otake’s performances at Amtrak’s 30th Street Station.  And then come for the next three Fridays for consecutive three-hour performances that will finally end at midnight on October 24th.

I want to tell you more about my time with Eiko: How she feels that natural disasters and human made ones that kill on a vast scale are tragic in that they rob people of their individual deaths.  And how this is connected to her main theme: “Time is not even and space is not empty.”  How she wants her choreography and body to create situations that reveal failure in the notion of progress.  I want to share with you my own thoughts about how skillful presence in a performer is both subject and vehicle and how I see Eiko and Koma as standard bearers for the choreography of presence.  Over this month I will write about these things and more as Eiko Otake’s performance unfolds here in Philadelphia. I would be delighted if you would join me in this journey. 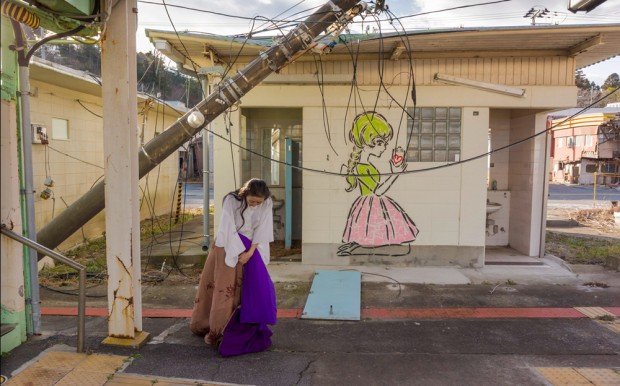